How hints, like spawn, scarce quick in embryo lie,
How new-born nonsense first is taught to cry,
Maggots half-form’d in rhyme exactly meet,
And learn to crawl upon poetic feet.
-Alexander Pope

This is a slightly grim verse. But it does a good job of encapsulating how uncontrollable and destructive content overload can be. Pope’s attacking the torrent of pamphlets and poems that were written vilifying him. But the abuse wasn’t his problem with them. His real issue was that they were written, at massive scale, just for the purpose of selling new content; 18th century clickbait. As a result, everything’s “half-formed”, impossible to make any sense of. The mass of them has muddied the intellectual waters in “spawn… maggots,” and “new-born nonsense”.

He wasn’t the first to complain. As early as the 4th century BC, the writer of Ecclesiastes 12:12 was lamenting that “of making books there is no end”; in the 13th century, scholars were grumbling about “the multitude of books, the shortness of time and the slipperiness of memory”; and, in the 15th century, with the invention of the printing press, it only got worse.

That’s nothing compared to now. Every day, 2.5 quintillion bytes of data are created. The mass of information competing for our attention dwarfs the flutter of pamphlets Pope's criticising. Why do you think platforms like TikTok and Twitter are so successful? The best way to get anyone to pay attention to your content is to make sure it takes under a minute of their time.

But working professionals can’t skim and forget the learning content they encounter. For them, it matters. For that reason, the mass/mess of it is far more damaging. Especially when it’s competing with an unstoppable barrage of email/Slack/Teams notifications.

And this learning content isn’t neatly housed in one place. It exists in online research and industry data. Blogs written by colleagues or competitors. Wikis and discussion forums. Your intranet. Friends and co-workers’ musings on Twitter and LinkedIn. Learning systems such as LXP or LMS.

Luckily, after millennia of dealing with too much stuff, people have started thinking about why exactly it affects us so much, and what we can do to better handle it. Over the past 50 years, a host of scientific studies have examined the psychology of content overload and investigated why it’s so personally and professionally harmful ($1 trillion a year is lost to it just in the US).

Off the back of their work, learning can gather evidence backed solutions to one of its most pernicious problems. Like any psychological issue, diagnosing the root of the problem is the only route to a solution.

Have you ever watched YouTube video teaching you a skill and noticed the comment section was all people asking “why is it 4am and I’m learning how to build a swimming pool/perfect the cannoli/knit kitten mittens?”

People gravitate towards learning, often regardless relevance or time, because we compulsively want to fit in more and more, to become better - even if it’s just at clothing cats.

The dark side of this is explored in Edward M. Hallowell’s 2004 study. Our compulsion to learn everything wasn’t an issue when learning was more scarce and inaccessible. But now, learning “takes advantage of intelligence”. Hallowell labels professionals (especially ‘high-flying’ managers and C-suite) who attempt to keep up with content overload as sufferers of Attention Deficit Trait (ADT).

He distinguishes this from the medically diagnosable Attention Deficit Disorder (ADD), but symptoms, he argues, are similar. They include “distractibility, inner frenzy, and impatience” and prevent managers from “clarifying priorities, making smart decisions, and managing their time”. 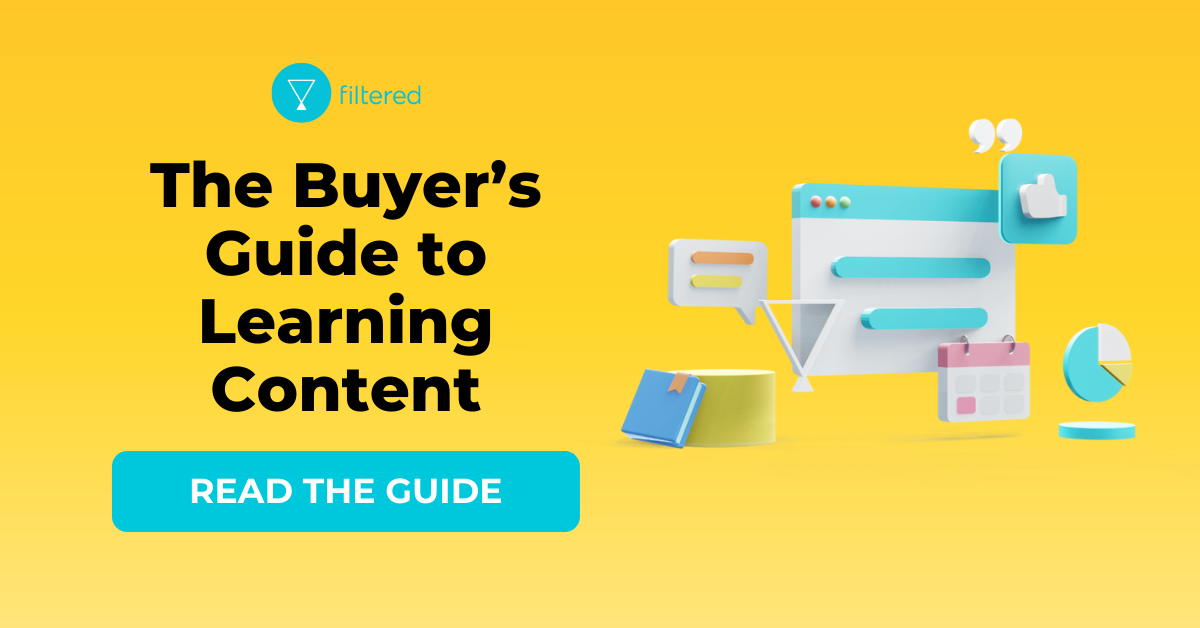 This is explained, partially, by ‘Miller’s law’ which suggests that, on average, the short term memory can only hold up to 7 items (plus or minus two). While this seems ample for most tasks - content is not the only thing that can fill up a slot. Working memory deals with processing and manipulating visual images, verbal information, and notifications; these are all stored by short-term memory.

So, alongside constant bombardment of emails, instant messages, videos, infographics etc. we face, we have very little space left in our heads. Linda Stone coined the term “continuous partial attention” to describe the mental state of today’s knowledge workers. She even talks about “e-mail apnoea”, a phenomenon where most people will hold their breath when replying to messages.

There is far too little real estate in our heads for the information we’re expected to house second-by-second at work. This would be a problem for L&D if workers just had single prescribed pieces of information to learn. But there are thousands of them jostling for our attention - pushing us way beyond our psychological limits. And remote working is only making it worse. Hallowell, in his research, examines what content overload does to the brain. The processing of short term information (the stuff Miller’s describes) takes place in the frontal lobe. Once capacity is taken up in there and we begin to fear we can’t keep up, power is diverted lower. It goes to the deeper, more powerful, more primitive parts of the brain. These, once given reign, will always be dominant over their more evolved neighbour.

The synapses of this lower part then “furiously fire signals of fear, anxiety, impatience, irritability, anger, or panic”. Nuance and intelligence fade as “black and white” thinking takes over. Creativity and flexibility fail; the big picture dwindles away. Ironically, the brain’s best strategy for combating content overload is to drastically reduce its capacity to contend with any new information.

At this point, when handling an excess of emails, or onboarding content, your brain is primed to deal with a bear attack. Its main goal is not to get the most value out of the situation, it’s to get out of it. This can happen in three ways.

Another well-documented response to content overload is poor selection. When there’s too much unqualified material in front of us, we rely on our least sophisticated selection tool: bias.

What to do about it

These insights aren’t a fear tactic. As well as showing you how content overload can unravel someone’s rational faculties, they illuminate data-backed means of reclaiming them. Even with this information alone, you can better understand how to mediate the worst of content overload and what to expect from someone suffering under it.

However, in the second part of this series, you'll find out what concrete actions to take to combat the issues raised in these studies. Alongside this, we’ll discuss some further academic research into the best ways to present assets to learners to avoid the panic of content overload. You can read it next week.

One of the most interesting insights from all this research is how much the problem of content overload is personal. This means that the way you get content to your learners can transform their ability to process it in the midst of their everyday work.

There is a massive caveat. Understanding why and how content overload is so psychologically overwhelming is essential for maximizing learning initiatives and contending with the information from other areas of work pelting your learners.

However, the issue is fundamentally too much stuff. So, the only solution is less stuff. Less in the right - organisationally and personally aligned - way. To get that, there’s only one thing you can do: Filter.

What to consider when choosing a learning partner