Should you order learning content by relevance or create structured pathways?

Should you collate relevant resources in unstructured lists or structure them as learning playlists and pathways?

In a downvote for pathways, yesterday Nick Shackleton-Jones suggested that you shouldn't build content pathways at all: "Nobody needs them, hardly anyone will use them." Nick feels the only valuable pathway would be one made of experiences. Not everyone agreed. Noah Rabinowitz, VP, Learning & Development at Moderna, countered: "Content pathways can be highly valuable for learning specific skills and capabilities. We have good success with them - maybe it depends on how they are designed."

Given that the current vogue for learning pathways is coming under attack, it makes sense to test whether a structured pathway is any different to a simple collection of the most relevant resources in terms of impact. Does intentional shape and structure matter for end users?

Chris Littlewood, Filtered's Co-founder and Product Innovation Lead, put on his lab coat (at least, that's how we imagine it) and designed a controlled experiment to answer this question.

Read on to find out more...

Creating pathways takes time*, and relevant content can often be found through search or algorithmic feeds - so why invest in building them?

In a controlled experiment, we tested subject matter experts’ opinion on a set of five assets that were chosen to be coherent, ordered and diverse (that's the pathway) vs identically-presented sets of simply the five assets most relevant to the skill or topic (the unstructured list).

We were careful with the design of the experiment:

The results were unequivocal - in 92% of cases, reviewers preferred the structured pathways over the simply-relevant content.

This strong preference is borne out in engagement stats. In most platforms, curated content dominates opens and completions, with most learners reaching content via built plans and paths (which Filtered calls playlists) rather than search or algorithmic feeds.

Content Intelligence makes it extremely quick and straightforward to produce and share playlists (which is our term for a pathway) from diverse content libraries. Because content is prioritised for the curator according to its predicted relevance, curation decisions can focus on which of several great assets fit the context best, rather than searching for needles across haystacks.

Check out how I made a quick playlist on a topic I'm still learning about:

Still curious about creating a playlist? Try out Content Intelligence and see how it pays for itself. 👇 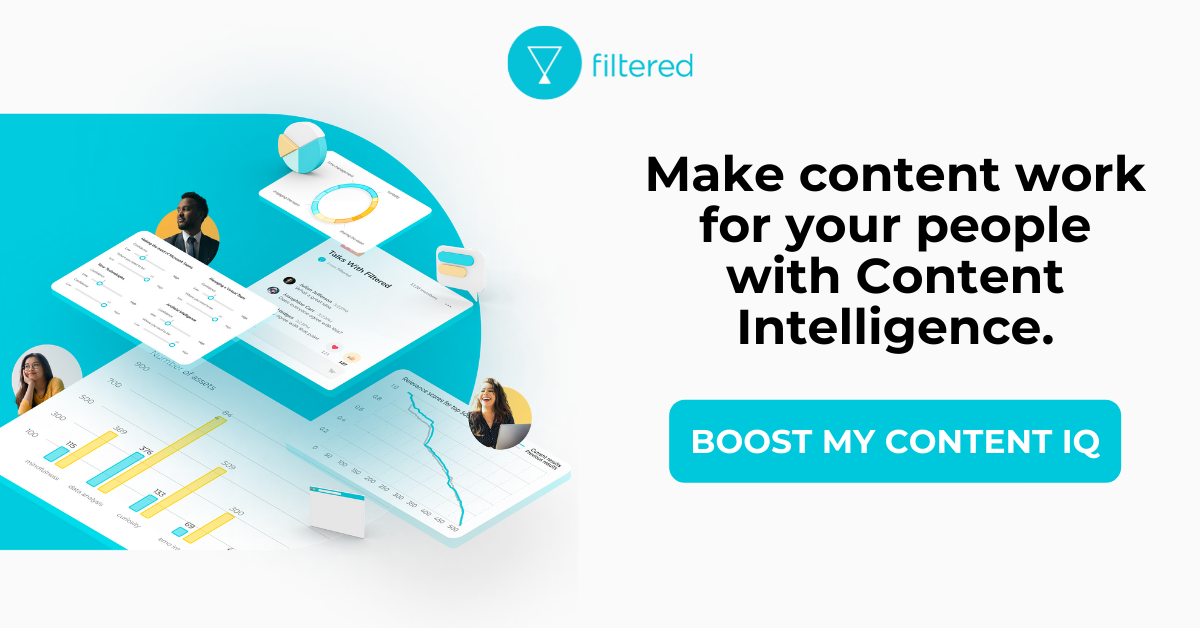